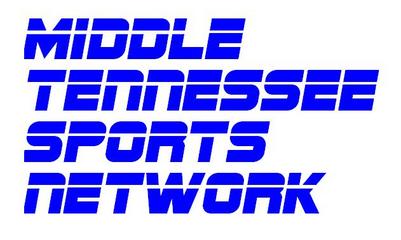 The Middle Tennessee Sports Network was co-founded in late January 2009 by Michael Hackney and Craig Jolly. The network's first broadcast was the Henry Hine Cup Final between the old co-ops of Ravenwood/Brentwood and Franklin Road Academy-Christ Presbyterian Academy just a couple of weeks later on February 11.

Since then, the network has expanded to include coverage of football, basketball, baseball, softball, and soccer at the high school level, as well as college roller hockey and even dirt track racing from Thunderhill Raceway Park in Summertown in Lawrence County. On March 20, 2011, MTSN had its first-ever broadcast of an NCAA sport, a softball game between UT-Martin and Tennessee State. The network has also broadcast two high school baseball games from Vanderbilt University's Hawkins Field, as well as numerous GNASH games from Bridgestone Arena. MTSN also broadcast the Music City Invitational youth hockey tournament three times, shattering network records for live listens every time.

MTSN celebrated its fifth anniversary in 2014, and celebrated its tenth on February 11, 2019. The Tennessee Internet Broadcasting Company is a spin-off of MTSN.

Michael Hackney lived most of his life in Nashville before moving to Murfreesboro in July 2018. A 2003 graduate of John Overton High School, Hackney's broadcasting career began at Middle Tennessee State University, where he was a sports anchor for newscasts on the student-run TV station, MTTV (now MT10), from the Fall of 2003 to the Fall of 2007. Hackney graduated from MTSU in August of 2008 with a Bachelor's Degree in Electronic Media Communications-Journalism, and a minor in Linguistic Studies (it was the only minor that the two Italian classes he took counted towards). In the Spring of 2008, Hackney was an intern in the sports department at FOX 17.

While still a student at MTSU, Hackney's first taste of doing play-by-play came in the Winter of 2006, when he called basketball games for the old Blackman Blaze Sports Network; he also called softball for the BBSN the following Spring.

Since co-founding MTSN in 2009, Hackney's voice has been heard on just about 98% of the network's game/race broadcasts. He believes he holds the record for most races broadcast for the now-defunct Southern Regional Racing Series dirt late model division.

Outside of MTSN, Hackney's workload in college roller hockey has increased, doing play-by-play for the Eastern Collegiate Roller Hockey Association Regional Championships since 2015, and the National Collegiate Roller Hockey Championships from Fort Myers, Florida in 2017, Fargo, North Dakota in 2018, and Rochester, New York in 2019. Hackney also called a professional ice hockey game for the first time in 2019, doing two substitute stints for the Huntsville Havoc of the Southern Professional Hockey League.

Locally, Hackney has appeared on Penalty Box Radio, WMSR's Friday Night Thunder, and 102.5 The Game's Game Blitz, as well as 104.5 The Zone, and WDKN out of Dickson.

Outside of sports, Hackney is a fan of television's longest-running science fiction series Doctor Who; Scottish actor David Tennant, who played the tenth incarnation of the series's title character, is Hackney's favorite actor. Other TV series that Hackney enjoys include The Simpsons, Canadian sitcom Corner Gas (which Hackney seriously regards as the greatest sitcom in the history of worldwide television), Mad Men, Adam Ruins Everything, and the occasional Seinfeld rerun. He is also a fan of the Star Wars (not the prequels; for the love of God, not the prequels) and James Bond film franchises. He enjoys music, too.

Hackney hopes to expand MTSN to include video, and win a Midsouth Emmy.​